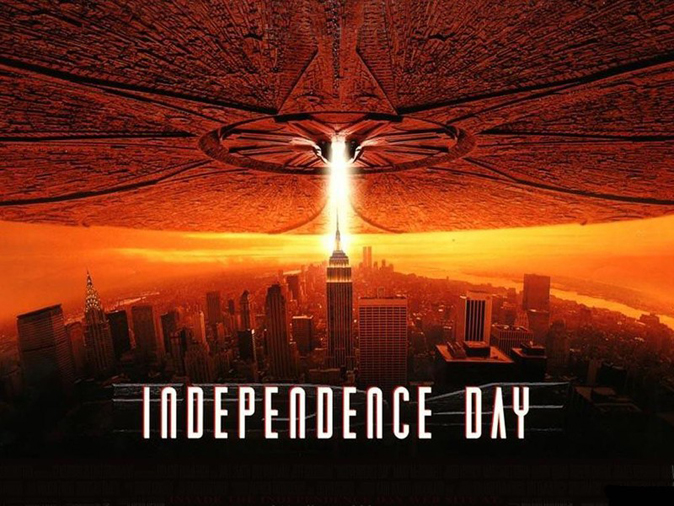 "The question of whether or not we are alone in the universe has been answered."

Independence Day (also known by its promotional abbreviation ID4) is a 1996 science fiction film about an alien invasion of Earth, focusing on a disparate group of individuals and families as they converge in the Nevada desert and, along with the rest of the human population, participate in a last-chance counterattack on July 4 – the same date as the Independence Day holiday in the United States. It was directed by Roland Emmerich, who co-wrote the script with producer Dean Devlin.

While promoting Stargate in Europe, Emmerich came up with the idea for the film when fielding a question about his own belief in the existence of alien life. He and Devlin decided to incorporate a large-scale attack when noticing that aliens in most invasion films travel long distances in outer space only to remain hidden when reaching Earth. Principal photography for the film began in July 1995 in New York City, and the film was officially completed on June 20, 1996.

The film was scheduled for release on July 3, 1996, but due to the high level of anticipation for the movie, many theaters began showing it on the evening of July 2, 1996, the same day the film begins. The film's combined domestic and international box office gross is $816,969,268, which at one point was the second-highest worldwide gross of all-time. It holds the 31st highest worldwide gross of a movie all-time, and was at the forefront of the large-scale disaster film and science fiction resurgences of the mid-to-late-1990s. It also won the Academy Award for Visual Effects.

On July 2,1999, an enormous alien mothership enters orbit around Earth and deploys 36 saucer-shaped destroyers, each of which is at least 15 miles wide, over major cities around the globe. In New York City, David Levinson (Jeff Goldblum) discovers transmissions that he believes the aliens are using as a countdown to coordinate an attack. David and his father Julius (Judd Hirsch) travel to the White House and warn U.S. President Thomas J. Whitmore (Bill Pullman) of the attack. The President, portions of his Cabinet and the Levinsons narrowly escape aboard Air Force One as the alien spacecraft destroy Washington D.C., New York City, Los Angeles, and other major cities around the world with energy-based weapons.

Meanwhile, USMC Captain Steven Hiller (Will Smith) is called to take part in a counterattack against the aliens. His girlfriend Jasmine, her son, and their pet dog survive the attack by hiding in a workmen's shed in a Los Angeles freeway tunnel. The next day, on July 3, Jasmine uses a maintenance truck in an effort to reach Hiller's base and finds several survivors. She also finds the injured First Lady (Mary McDonnell), who had been in Los Angeles and whose helicopter was brought down by the alien attack.

On the same day, as part of a U.S. counterattack, Captain Hiller leads a squadron of F/A-18 Hornets on a mission to engage with a destroyer near the remains of Los Angeles. The destroyers are revealed to be guarded by force fields, which repel projectiles and nuclear detonations, and it releases scores of smaller "attacker" ships armed with similar shields and weaponry. After a one-sided dogfight ensues, Hiller survives by luring an attacker to the Grand Canyon,[4] where he causes it to crash and then subdues the alien pilot. Hiller is picked up in the desert by a refugee group that includes Russell Casse (Randy Quaid), an alcoholic crop-duster who has claimed that he was abducted by aliens ten years previously. They take the captured alien to Area 51, where Air Force One has already landed. Area 51 conceals a top secret facility housing a repaired spacecraft and alien bodies recovered from Roswell in 1947. The captured alien regains consciousness at an Area 51 lab, and reveals that its species travels from planet to planet, harvesting a planet's resources before moving on. The alien attempts a psychic attack against Whitmore, but is shot and killed by his entourage. A retaliatory nuclear attack against a destroyer over Houston ends in failure. The President and his daughter, Patricia, later visit the First Lady when she is in the hospital, and it is revealed that she suffered mortal internal injuries in her helicopter's crash. The President stays with her for the last few minutes of her life. Outside, Patricia and the President hug and comfort each other.

On July 4, David devises a plan to use the repaired attacker to gain access to the interior of the mothership in order to introduce a computer virus and plant a nuclear bomb. It is hoped that this will cause the shields of the Earth-based alien craft to fail long enough for a worldwide attack to eliminate them. Hiller volunteers to be the mission's pilot—reasoning that he is the only person to have seen these ships in action and survived, thus giving him unique knowledge of what the ship is capable of—, with David accompanying him to upload the virus. With few pilots to man available aircraft, the battle requires volunteers, including Whitmore and Casse, who have previous combat flight experience. Morse code is used to contact forces around the world in order to coordinate the attack.

After the virus is implanted and lowers the shields, Whitmore (being a former fighter pilot) leads an attack against a destroyer approaching Area 51. Although the fighters can now damage the alien ship, their supply of missiles is exhausted against the craft's large complement of attackers while its sheer size makes missiles relatively ineffectual against it directly, and the destroyer prepares to fire its main weapon at the base. Casse possesses the last remaining missile, but his firing mechanism jams. He pilots his aircraft into the center of the alien weapon in a suicide attack, causing a chain reaction which destroys the alien ship.

Simultaneously, other forces around the world are able to bring down the remaining destroyers. David and Hiller escape the mothership just as it is destroyed by the nuclear bomb, and the duo crash-land near Area 51. The world celebrates, and the main characters watch debris from the mothership enter the atmosphere. 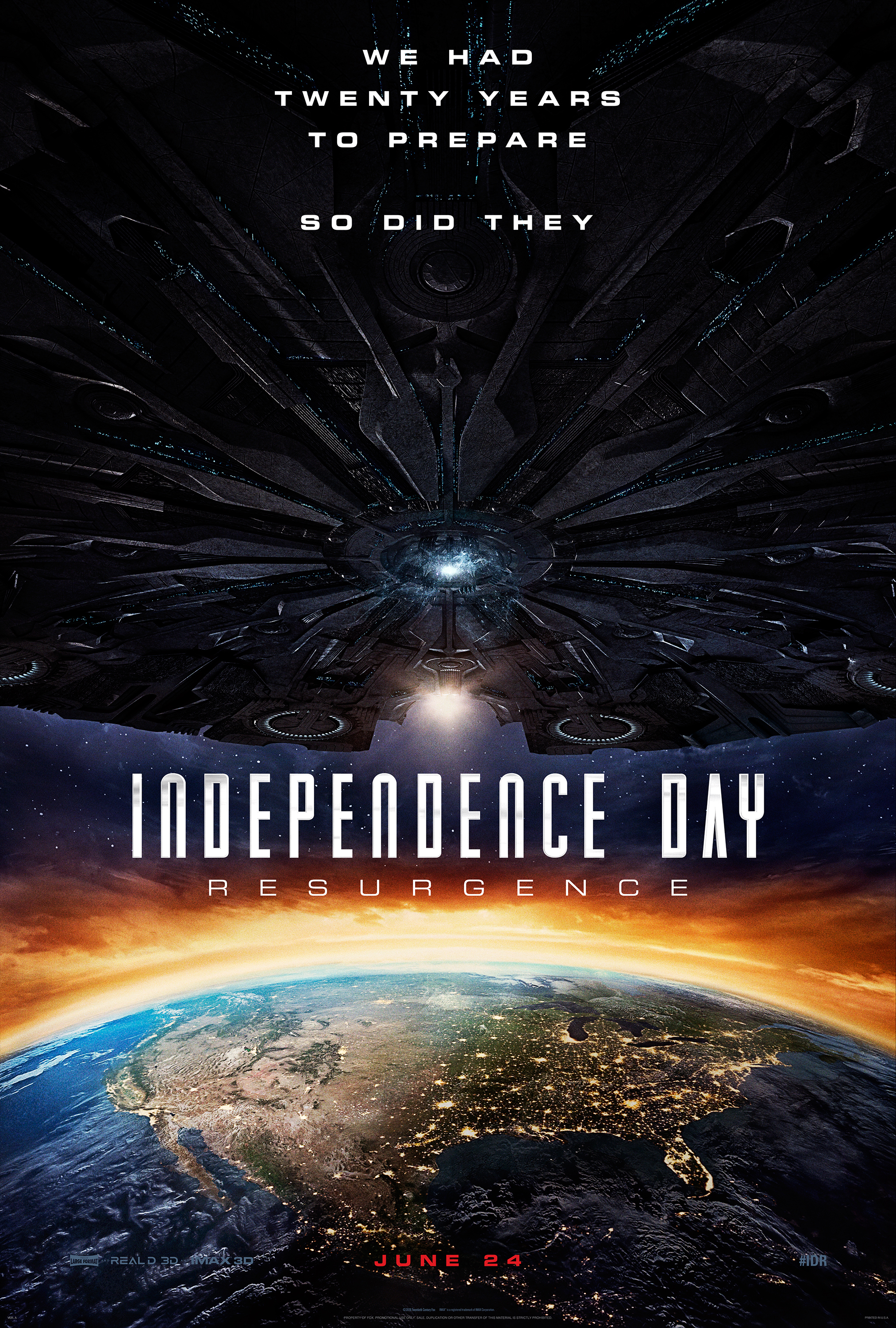