Eldorado was a British soap opera that ran for only one year, from 6 July 1992 to 9 July 1993. Set in the fictional town of Los Barcos on the Costa del Sol in Spain and based around the lives of British and European expats, the BBC hoped it would be as successful as EastEnders and replicate some of the sunshine and glamour of imported Australian soaps such as Home and Away and Neighbours. A co-production between the BBC and independent production company Cinema Verity, Eldorado aired three times a week in a high-profile evening slot on the mainstream channel BBC1, filling the slot vacated by Terry Wogan's chat show Wogan, on Mondays, Wednesdays and Fridays at 7.00pm.

In spite of a high-profile advertising campaign on television, radio and in the press preceding the launch ('Are you ready for Eldorado?', read by actor Campbell Morrison), the programme was not initially a popular hit with viewers and critics. Ratings improved with a radical overhaul, but it was eventually cancelled by the new controller of BBC1, Alan Yentob. 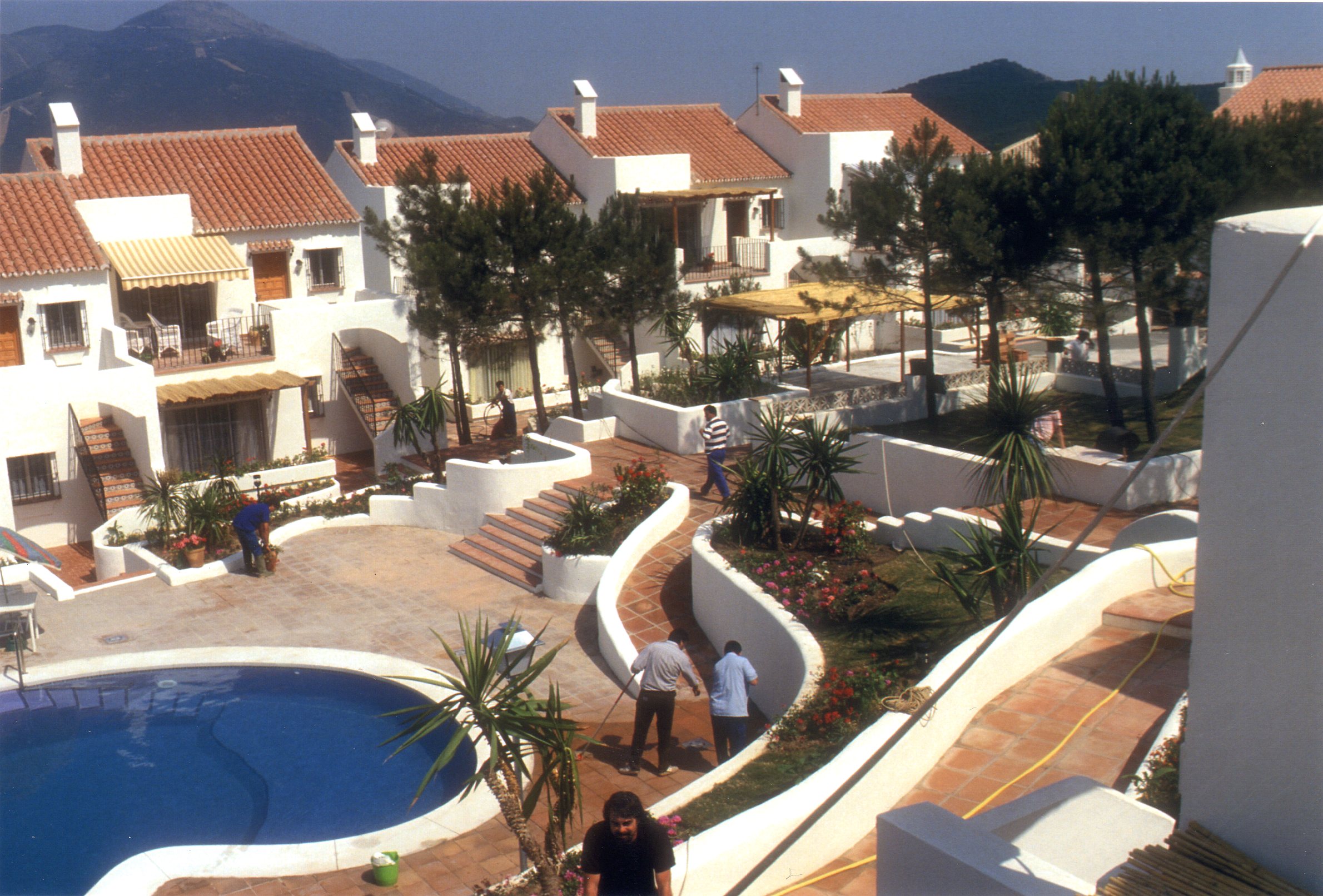 Although the show contained many professional actors (such as Patricia Brake and Jesse Birdsall), many of the cast were inexperienced actors whose limitations were clearly exposed on such a new and ambitious project (German-born Kai Maurer had apparently never acted on stage or screen previously before being cast in the show): prior to filming, some of the cast did not even know what a read-through was; the acting was derided as amateurish, while the attempt to appear more 'European' by having people speaking other languages without subtitles or bizarre/unconvincing accents was met by viewers with incomprehension and ridicule.

As a result of filming in bare-walled villas rather than a studio, there were many sound and acoustic problems such as echoing. Possibly in a bid to court media attention, the show opened with the controversial story of a middle-aged man, Bunny (played by Roger Walker), returning from the UK with a 17-year-old bride, Fizz (Kathy Pitkin); many viewers felt this storyline was implausible and seedy. On top of this, ITV decided to air a special one-hour edition of Coronation Street against Eldorado on the show's debut evening, to "strangle it at birth" as network executives put it.

Eldorado was conceived by EastEnders creators Julia Smith and Tony Holland, and was executive produced by Verity Lambert, who had made her reputation as an in-house producer for the BBC, and had previously launched the BBC's successful science fiction television series Doctor Who. As a result, the costly production - although not exorbitant by contemporary television standards - was used by critics of the television licence to argue that the corporation was feathering the nest of former employees. Due to the stresses of internal feuding, producer Julia Smith had a nervous breakdown and left the soap opera, to be replaced by Corinne Hollingworth, who had previously worked on EastEnders and brought about many changes to Eldorado by hiring new scriptwriters, creating extra rehearsal time, and removing many of the inexperienced and poor actors who had attracted criticism.

In spite of changes made by Hollingworth to rectify the soap opera's early problems (ratings improved over the course of the show's run, as did the quality of the storylines), it was claimed that this was not enough to justify its continued production, and incoming Controller of BBC1 Alan Yentob cancelled the programme, which had been commissioned by his predecessor Jonathan Powell. Some involved in the programme's production consider that the motives for cancellation were mainly political; they believe that Eldorado was not representative of the more serious image of the BBC that incoming management wished to present, particularly in light of the forthcoming renewal of the BBC Charter.

In the UK, Eldorado is remembered as an embarrassing failure for the BBC, and is sometimes used as a byword for any unsuccessful, poorly received or over-hyped television programme. It is widely thought that the failure of Eldorado is the reason why the BBC has not attempted to launch a brand new prime-time soap from scratch (apart from Out of the Blue) since; the corporation opting instead to move established series Casualty and Holby City to year-round production.

The series ended with one of its star characters, Marcus Tandy (played by Jesse Birdsall), escaping an attempt on his life with his car being blown up, and sailing off into the distance on a boat, with his girlfriend Pilar Moreno (played by Sandra Sandri). Some viewers noticed that the car that was blown up was not, in fact, the Renault Alpine driven by Marcus, but a thinly disguised, much older model, the Triumph TR7. The final line of dialogue, delivered by Tandy, was: 'You can't trust anyone these days, can you?'

Shortly after the final episode was transmitted, Adios Eldorado, a compilation video featuring highlights from the series, was released by the BBC. On its first week of release it was the top-selling video in the chart at branches of the shop Woolworths. At the end of its run, the show was typically receiving 9-10 million viewers.

Eldorado was repeated on UK Gold between 1995 and 1996. It was repeated again in 2002, and has occasionally been repeated, in a late night slot, since then.

The set, situated near the village of Coín which is in the hills above the Costa del Sol, is still in existence and after lying empty for several years, it is now a hotel complex called Hotel Ciudad Del Cine.